It is an unmarked door in a low grade neighbourhood. Inside a man has a bucket grain alcohol, a ladle and two square meters of straw matting. He is here to die.

The alcoholics who come here can no longer muster the calm hand to manage a bottle and so ladle 96proof spirit into their system until their system fails. An unpleasant mix of liver failure and dehydration. Urban myth or grim reality the ‘Elephant Cemeteries’ of La Paz exist in a way that does not feel out of place here. Entering La Paz for the first time it is hard to avoid references to a moral and topographical decline, situated as it is, clinging to the vertiginous sides of a valley cut in the alto plato. Arriving provides the very physical feeling of sinking into the pit, despite being a wheezy 3500m high.

Which is perhaps unfair. Though it has a reputation for vice, crime and corruption it’s 2 million inhabitants also span the usual spectrum of human aspirations. True, the poverty is people living in the storm drains, dogs and kids rooting together in the garbage heaps and sun ravaged old women selling rotten vegetables on the roadside. But there is theatre, museums and galleries too, probably.

My fascination with vice has driven my curiosity for decades, a desire to see what humans do to themselves in the name of sensory derangement and brain chemistry adjustments. To understand the macro dopamine / serotonin peaks that manifest in behaviours counter-intuitive to self protection. But La Paz’s reputation is such that I decided to take a passenger seat, the stats on winding up in a knife fight in a back alley too high. Even so, a sharp eye picked out cocaine haggling on the street corner, I got the clumsy ‘are you the friend I am looking for’ routine in every bar I went to and I picked up talk of ‘Route 36’: a pop-up bar serviced by a network of taxi drivers that serves a quart of vodka and a gram of powdered human misery, pre racked into hefty white slugs, for less than two Starbuck Lattes.

I take tequila and rum with the Belgium bar owner, swapping stories from Tofino to Paros, Ushuaia to Sydney. In his 7 years in La Paz, corruption has increased, along with bureaucracy. He pays outrageous sums for fumigation certificates that are issued without the deployment of fumigation. We shut the bar down around one a.m. with a round of local firewater and I stroll the streets steel-eyeing everyone, conscious of the gunshots we’d heard two blocks away earlier, but confident in the knowledge that I have a disposable wallet with an equally disposable sum of money in it.

Despite this nightmarish portrayal, La Paz is of course on the circuit for tourism and clusters of keen backpackers congregate around the agencies providing services near and far.

“Stephen and I are here for 24 hours, want to see the ruins, make a day trip to Titicaca and arrange a death road cycle trip” On the loop indeed. And why not.

We saw the ruins too. We squeezed into a Hi-Ace with 9 other tourists, were driven two hours East, were led around the ‘series of small walls’ and the ‘interpretive museum’ and fed a reasonable llama steak lunch.

The first trip in five months that wasn’t self drive. The site itself was fascinating and glad to have a English speaking guide to provide some background and colour to a thousand years of pre-inca civilisation now lost to us, the Tiwanaka civilisation. Though I have to draw an interpretative line when suggestions that a bronze age culture used LASER to cut stone. Sigh.

Despite popular travel snobbery about independent travel I have always maintained that organised trips are best the way to see the sights, with minimum hassle and the most information. I stand by that even today and it was that conviction that sort of explains how we went to the all female Bolivian WWF Cholitas wrestling. Part pantomime part gymnastics part wrestling, a few beers and some popcorn, an entertaining evening. Front row seats meant high fives and being up close for the ‘out of the ring bouts’ Semi naked photo-op included.

A fancy meal in a rooftop restaurant looking down the valley of lights the following night and the next morning it was time to inch our way up hundreds of meters of traffic filled street, navigate a wild 4×4 detour around some construction and head to Lake Titicaca. 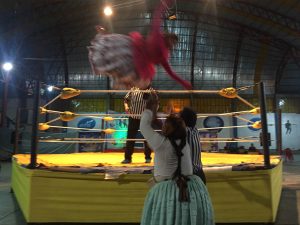 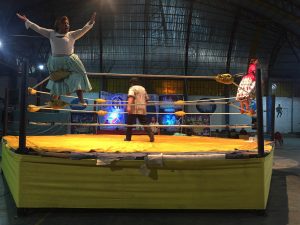 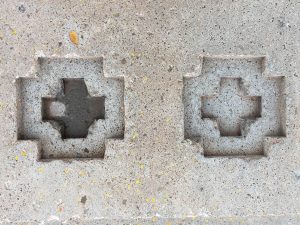 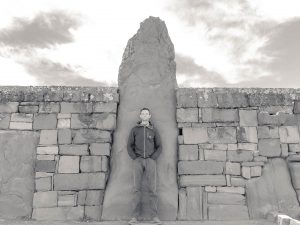 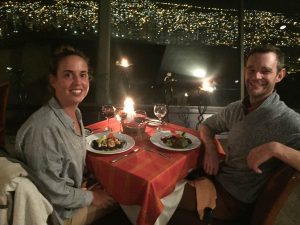 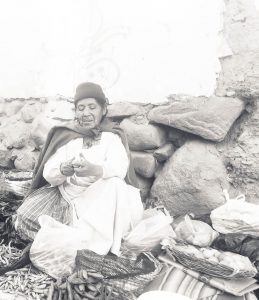 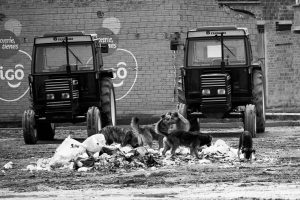 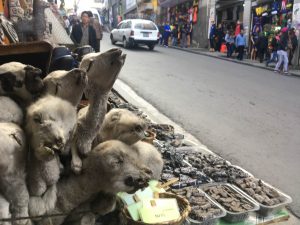 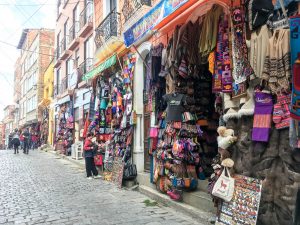 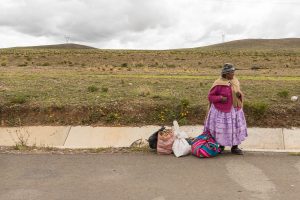 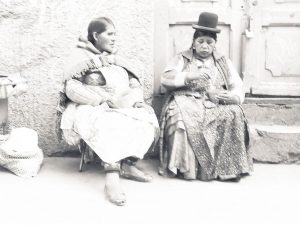 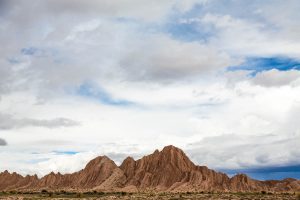