In which we hike to the 2008 volcanic crater rim… 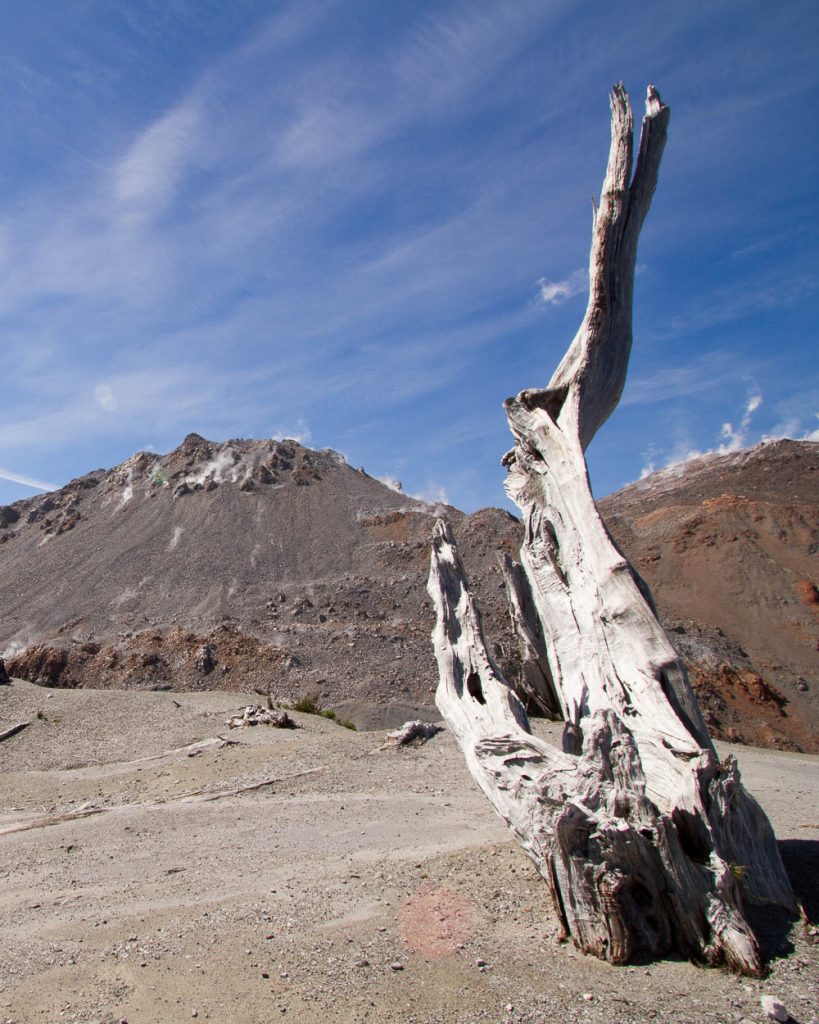 The last thing you’d expect to hear on the bleak, barren and sulphurous rim of a volcano crater it has taken three hours to reach is a baby crying.

Volcan Chaiten, until  May 2008 wasn’t volcan Chaiten at all. It was just another mountain. But then ‘SURPRISE’, it blew up. Over the course of four days this put 200 million cubic meter of material on the surrounding area after throwing it 20km into the sky.

Not all surprises are nice.

END_OF_DOCUMENT_TOKEN_TO_BE_REPLACED

We reached Parque Pumalin driving north from Chaitten on Thursday evening having caught the overnight boat from Quellon on Isla Chiloe and spending the day walking around Chaiten, taking advantage of the free internet.  The drive takes about 30mins on a gravel, winding road around the foot of the Andes.

A big sign on the right announces your arrival to the park. That and the end of the asphalt road are the only indicators that you are now leaving civilisation behind.

END_OF_DOCUMENT_TOKEN_TO_BE_REPLACED

Yes my friends. This is an existentialist post which one would usually expect from Andy. But here I am wanting to talk about the lives of Sebastiano Salgado and Douglas Thompkins. And soap.

About a year ago now, Andy and I went to see “the salt of the earth“. A movie which was highly recommended to me by my Dad and Deppy who are keen cinema goers. The movie by Wim Wenders, a favourite, chronicles the life of Salgado the illustrious Brazilian photographer who after a couple of years of working as an economist for Breton Woods institutions picked up his camera to tell stories about people and nature. His photos are mesmerising, mostly shot in black and white. His work focused on the impact of industrialisation on people as well as nature before he turned to document the Rwanda genocide. In the film he talks at length about the impact that those trips to Africa had on him and his disappointment in the human race. So much so that he gave up photography to return to his native village only to find it deserted; the deforestation of the Amazon had destroyed the local economy. Undeterred, he and his wife set up Instituto Terra, a foundation focused at replanting the rainforest with local species he and his wife are growing.

Now on to Douglas Tompkins; Founder and CEO of North Face who died last year. A keen environmentalist and conversationalist, Douglas bought 3,000sq km (yes… kilometres) of temperate rainforest in Northern Patagonia and set up Parque Pumalin in an effort to preserve the forrest. It is one of the largest private parks in the world, home to the now active Volcano Chaiten, a glacier and a 4,000 old forest. The Parque is open to the public with a handful of camping sites and marked walks. It’s unbelievably well looked after, you can tell that immense thought and care has gone into setting up and managing the site; it’s a Disneyland for outdoorsy people.

When planning the trip we enquired about working in Salgado’s forest. Unfortunately they don’t welcome unskilled volunteer labour. We have however spent the last couple of days in Parque Pumalin.

Which brings me on to soap. And the question of what am I doing to make the slightest positive mark in the world. Because selling soap (what I’ve been mostly doing for the last couple of years) is not really making a difference in the grande scheme of things…

If you haven’t seen it, do check out “the salt of the earth”. And have a look at the Pumalin website.

Isla Grande de Chiloe, located in the south of Chile right on top of Patagonia is renowned for its beauty, cuisine and national parks. We spent a week here, following advice from guidebooks, blogs and locals.

Everything you read about the island’s spellbinding beauty is spot on. On the west side, battered by the Pacific winds and mist the landscape is rough, wild. Trees shaped by the winds, beaches that go on for miles, big cliffs and a feeling that nature is most definitely in control here.

END_OF_DOCUMENT_TOKEN_TO_BE_REPLACED

When we decided to travel around South America for 6 months many were surprised that I’d signed up to camping for most it. How does the girl with the pristine Notting Hill flat and the sizeable shoe and bags collection adjust to nomadic life?

The answer is “relatively easily”. It’s not the shoe collection or the outfits that I miss (though a pair of thermal leggings would be nice). The things that, two weeks in, I am adjusting with are a lot more subtle and complicated.

An alternative working title to this post could be “the princess diaries”. I am well aware that these posts might come across as moaning – it’s a great privilege to be able to take the time off and I don’t take it for granted. But I would not be doing this experience or this blog justice if I pretended everything is rosy; besides that’s what Instagram is for :).

END_OF_DOCUMENT_TOKEN_TO_BE_REPLACED

We left Pichilemu around noon to drive the c 1,000km to Chiloe island on the infamous Route 5. The drive is predictably long so we aimed to cover the distance over two long days taking 2hr shifts behind the wheel.

We passed a series of cities which we opted not to explore (such as Temuco and Osorno), “eyes on the prize” and all that, but still Chile managed to surprise us when we took short pit-stops to refuel, stretch our legs and camp overnight. The landscape is at first reminiscent of British Columbia, thick forests, waterfalls and steep mountains around. Around Osorno the landscape changes again. Rolling green hills, sparse trees at a distance and cattle farms. Julie Andrews would not be out of place if she appeared singing “the hills are alive”.

In one of our refuelling stops we came across was the city of Frutillar, on the shores of Lago Llanguihue. The town splits in two parts. The more industrial part is further up the hill, whilst the quintessentially German part is by the lake overlooking two inactive volcanos on the other side of the lake. There is a museum documenting the  settlement of German immigrants in the area and the place is filled with Tyrol style houses, B&Bs and waffle shops. Having driven by Chilean shantytowns for the better part of two days finding ourselves in this little piece of the Alps was a shock to the system.

A quick coffee and a waffle and we leave Frutillar for the last 2 hours of the journey to Chiloe. Another refuelling stop at Puerto Montt, a supermarket sweep (we have finally bought a cooker) and we are off again to the shore for the short ferry ride across the straight to Chiloe. 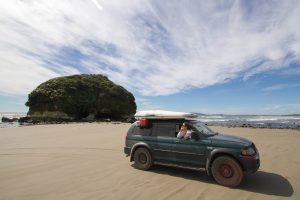 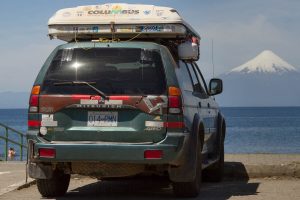 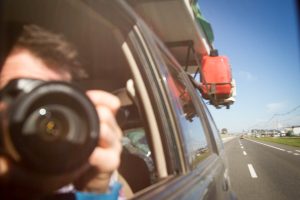 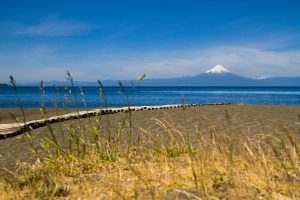 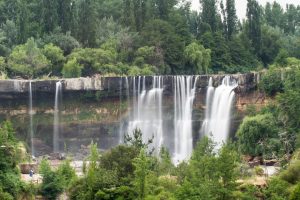 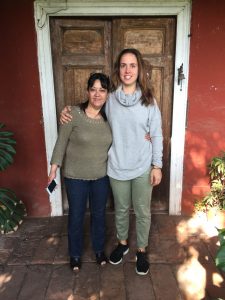 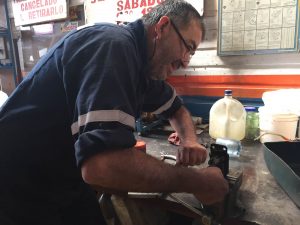 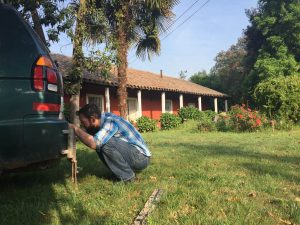 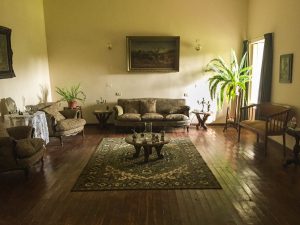 We arrived in Pichilemu around 3pm on a hot Saturday afternoon, having driven for a good couple of hours through the mountains on the north of the Central Valley.

Pichilemu is a small costal city renowned  for its surfing. The architecture is oddly reminiscent of Melbourne or Marin County. Small, single storey houses with a garden set back from the road. All facing (or trying to) out on the Pacific. My morning run along the coast reveals a big Edwardian hotel now under refurbishment set on a cliff with the inevitable pristine park next to it (perfectly mowed grass and pine trees).

END_OF_DOCUMENT_TOKEN_TO_BE_REPLACED

This picks up the story later that day. We had driven through the ‘smokey mountains’ south of Santiago. Not a clever name, the wild bush fires we had seen on the previous night’s news were in the next valley creating a dense blue pall obscuring the spectacular Andean peaks to the west.

We cut off Ruta 5, heading for wine country. High spirits, glad to finally be moving and underway. But night was coming in fast so we decided to sniff out a place to park-up over night. Obviously, chances are higher off the main routes so we roll through a small village, past the small square, the community building and out the other side. Spying a dirt track with an old building behind trees we bank it for later, U-turn and park up back by the square. Like some kind of organised bus tour, we happened to arrive minutes before the annual ‘village procession of the waring grapes’. Four floats, two red, two white, obviously, drove down the main street followed by kids with balloons, cars honking horns and various dignitaries. Stopping only to wave at old mamas, for a photo in front of the community building and when Rafael the float driver stopped to get another beer from his friends, the parade passed through the village and, as far as can tell may still be going.

END_OF_DOCUMENT_TOKEN_TO_BE_REPLACED

The following story takes place over the course of 48hrs in Santiago and the Central Valley, Chile.