Not all of this will be intelligible if you haven’t spent a few years riding bikes, but I make no apologies. If you know your Hecklers from your High Towers and your V10’s from your Nomads (and have little else to do for 10 minutes) read on… So, that said, lets get down to business.

Rolling into any new location to ride is always a mix of excitement and ‘expectation management’. One man’s ‘bike rental for extreme mountain biking’ is another man’s ‘gravel road grind round a lap of town outskirts on hardtails – semi slicks and v-brakes’.

Net research however suggested Bariloche’s bike park might be pretty reasonable. Ski resort, check; telecabin uplift, check; recognised DH race track, check. There’s an IXS track here and the Shimano LATAM Open is being taped out for next weekend.  Pulling into the car park a look up the slopes puts me in mind of the European DH venues we’ve visited over the years so I’m pretty optimistic. First hire shop, english speaking guy sorts me out a Heckler. Bit loose in the pivots, could corner via the articulation, but agrees to switch brakes, right to left. Leave him sorting that out stroll back to truck. A Volvo pulls in next door, and two guys start pulling their Hecklers, in matching orange, out the back. The usual glance and nod. It is a universal, the world over. The girl says hello and that is how I step into a TS style road trip for a day.

Lucho, Juan and their (Felt sponsored) sister Berni are road trippin’ in their mum’s car, over from Chile. Their friends are in town too, a Santa Cruz rep and his crew. Berni took to some ground inspection duties during practice at her last race and has three fracture lines up her radius. No riding for her.  With time to fill, she and Daphne wind up going into town for coffee. And then lunch. Like this was scripted?

Whilst reflecting on how many horse shoes I have swallowed in my time, I go pick up the ride. Faff, bike tweaks, lift passes. Routine. Trail excitement builds as Juan, Lucho and I inch out of the valley, above the tree line, in the muy caliente plastic cable box. Its a 700m drop to cover. Double black diamond start? Standard. Pretty good, though ankle deep sand and dust keeps it lively. In some ways reminiscent of France, c.2005. All the ‘not-sure dog obedience’ is terrible / dangerous, jumps too short in middle of a flat out straight or waaaaaay too long coming off a corner. (At least for me these days). The 300m stretch of snaking carving turns straight down the fall-line in this dust is, however, absolutely hilarious. Wheel locked, skiing turns, blowing out orange clouds like a Lifecycles segment. 40 minute laps so we get to ride pretty much everything here. Juan is very handy on his ride, as a budding Enduro racer he keeps the pressure on, peddling out of corners with an obvious ‘every second counts’ mentality. Looking pretty slick, riding pretty fast. His bro, only 2 months into owning his bike, is picking his way down the technical sections of the IXS with surprising confidence. As the laps get counted the speed picks up and the grins widen.

The late afternoon sun picks out our final line choices, obvious by the rising dust cloud. Exit through the 4X and into a snide unmarked new section, freshly cut for upcoming race day.

Thoughts turn to bike-wash-shower and cold beer. But, continuing the theme of road trip familiarity, this becomes an invite for a lake swim at some quiet spot, and a BBQ.

Refreshing dip, cold cervezas, all back to theirs. Resident chef Juan (the other one) puts together steak and risotto. Travels with his own truffle oil. Natch.

We step out at 1am, quietly pop the tent in the construction site a kilometre away that we’d scouted a few hours before and close dust filled eyes for the night.

And that was a day in the ride of Argentina. There was talk of other spots, further north to explore… 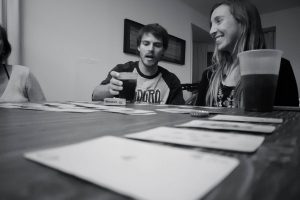 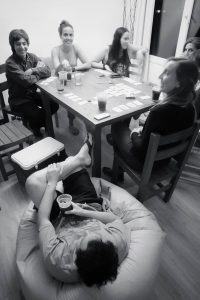 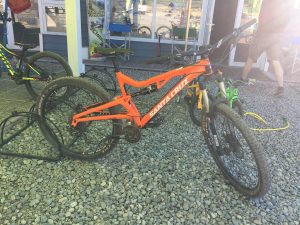 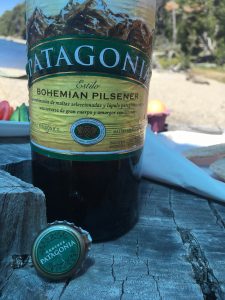 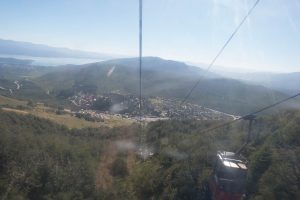 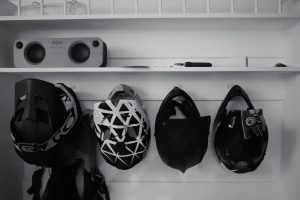 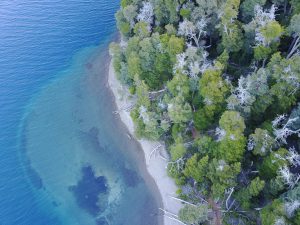 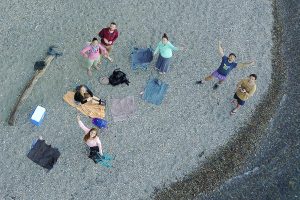 Low photo count – with none of the trails… was mainly riding, grinning and coughing up dust 🙂 But the Shimano Open is next weekend so I might go shoot that.

Juan, Lucho, Berni – massive thanks. You guys continue my faith in the global riding community. Was super cool to meet you and share some good times. (See you in Santiago -lets do ‘The Triple’)