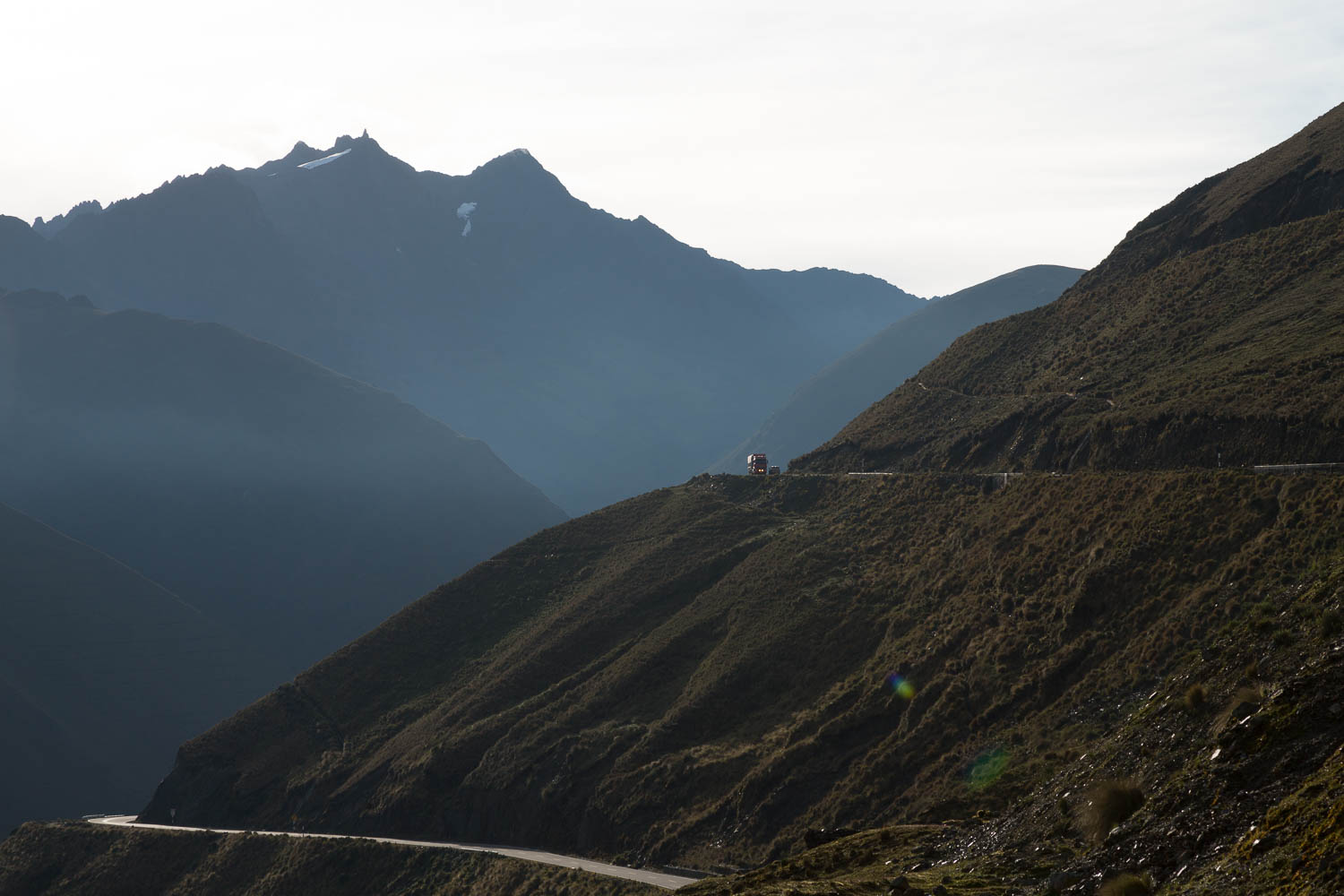 Hoping for a cloud inversion at dawn (photography fans)  we are lying in the roof tent listening to the drizzle in the dark. It is cold and dank at 4,200m and yet there remains a dog roaming the hillside barking to remind me why I dislike dogs.*

*When I am trying to sleep and they are barking.

This was spot intended as night one accommodation on a Nelson Tours(TM), ‘two days one night, all inclusive’ trip from Cusco up the scared valley.

Given the coach loads of tourists making this loop, either on the way to or back from Machu Pichu, on tight regimented schedules, I thought it might be fun to take in the sights an hour or two out of sync and have the places to our selves. As such I loosely planned a couple of days and made Daphne my non paying singular tourist for this exclusive trip.

The trip advisor review of the trip can be read below:

“It was amazing, truly a life changing experience. Our tour guide, Andy,  spoke English reasonably well and was very knowledgable about the area and its history. We sampled local food and really connected with the locals, it was such an ethnically enriching day for us. Would highly recommend. Five stars!!!”

As many of you know, the Nelson Tours operation is highly regarded in the tourist industry, known for unexpected and often unrepeatable experiences. Which is how we found ourselves driving switch back after switchback in freezing fog, almost total darkness and very little promise of finding somewhere to pull off the narrow road for somewhere to sleep. Daphne, I believe, at this point was experiencing what we in the trade may euphemistically refer to as ‘buyer’s remorse’.

Just a few hours earlier we had passed through the famous resort town/ inca fortress / tourist stop, of Ollytaytambo, We passed it as darkness fell and the gates were closed. All part of the plan, dear reader, though that point was difficult to verbalise to Daphne at the time.

The day had started better. Nelson Tours had made a single hotel pick up of its guest just near San Juan market central Cusco, at a very convenient time and then stopped at the entrance of, or at least slowed down as we passed, the many ruins en-route to the sacred valley with guide book excerpts delivered in a slightly Greek accent. At Pisac we cruised the deserted (two hours after coach rush hour) tourist market looking for a cape, again, and then hunted for the colonial stone oven that has served hot empanadas since the 1800’s. Cultural! 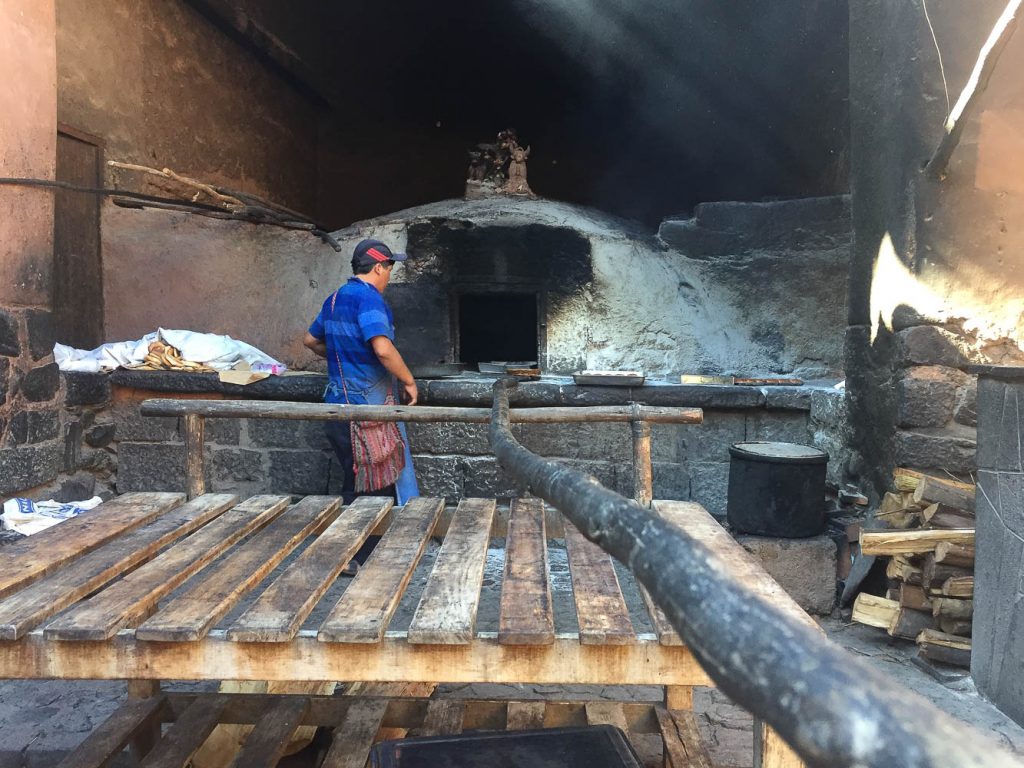 Nelson Tour’s next stop was a condor sanctuary. Up close and personal with these birds, literally in-side the enclosure and inches from the roosting behemoths, which can live up to 90 years old and have a 3m wingspan was all part of the package. Meanwhile, the only guest for NelsonTours snoozed in the truck. (I saw hunter-orphaned rescue bears from the Amazon jungle, black market macaws recovered from drainpipes (90% mortality during export) spider monkeys, squirrel monkeys and a pen of super cute squeaking guinea pigs. 2km down the road I saw more guinea pigs, being waved around on the end of a spit by enthusiastic touts hawking roasted dinners. Nelson Tours did not stop.)

The tour bus (Gellan, the 4×4) wove its way through fields of subsistence farmers, tilling the land with donkey and plough, bending their backs to sickle their crops or sitting in doorways getting shitfaced on local booze. As ever the stark contrast between the shuttling wealth-wagons of tourist cattle being prodded through the valley in goretex and puffer jackets, and the basic hardship of daily agricultural life was not lost on me.

The old and familiar tourist town ‘us and them mentality’ I’ve known since growing up as a kid in a resort town gave me a wry smile as we stopped in a village square alongside two coaches that were discouraging tat seeking walking ATM’s into the three appropriately Alapaca textile stacked US dollar only shops.  But they were on their way back, and Nelson Tours, ever the punctual operation was kind of on it’s way out.

Hence Ollytaytambo in the dark and the somewhat ‘terrifying’ (said one guest) drive up to the very head of the valley for a night in the cold and rain at forty two hundred meters.

The 5:40 alarm did not sound. I was already awake. Partly from the cold and the tight chest, gasping for air at altitude, and partly for from the anticipation of a spectacular view.

However, I could see it shifting and hoped for a clearing. The first tinges of pre-dawn light were pinking and having come this far I was keen not to miss a shot. 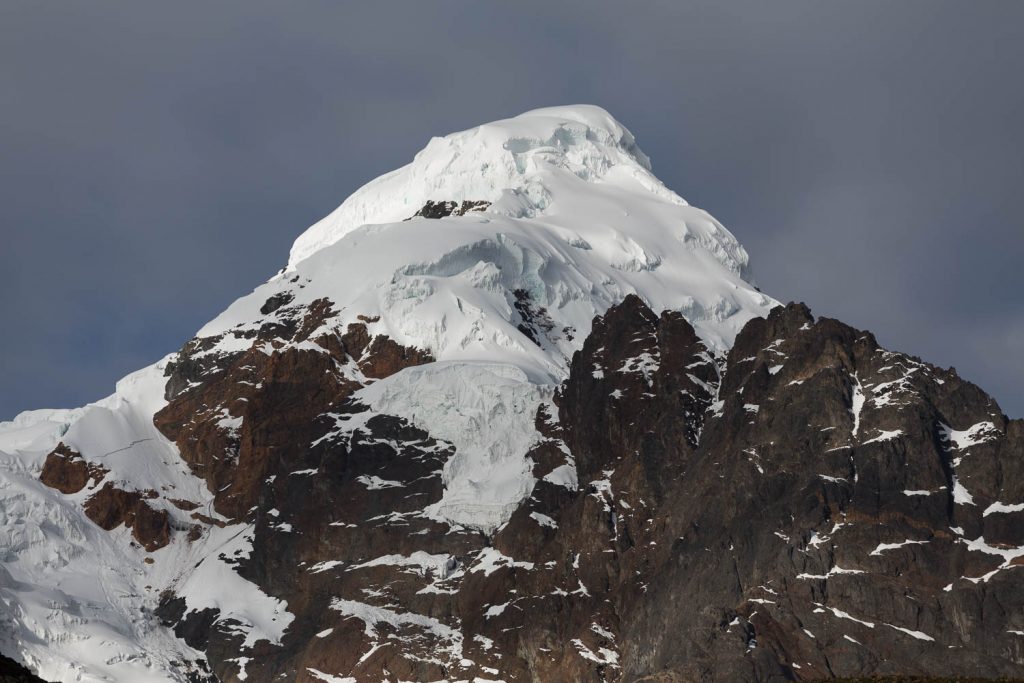 Happily, our non paying Nelson Tours guest was surprisingly  affable at this un-godly hour and clambered down the wooden steps and into the truck. 10 minutes later (after scraping the ice from the windscreen) and I am shooting a steaming thatch roofed hut when a local shepherdess pops up over the switchback edge and offer a photo, hand out for a few coins. Papped.

Four hundred and sixty two switch backs later and we are back at Ollantaytambo at 8am. 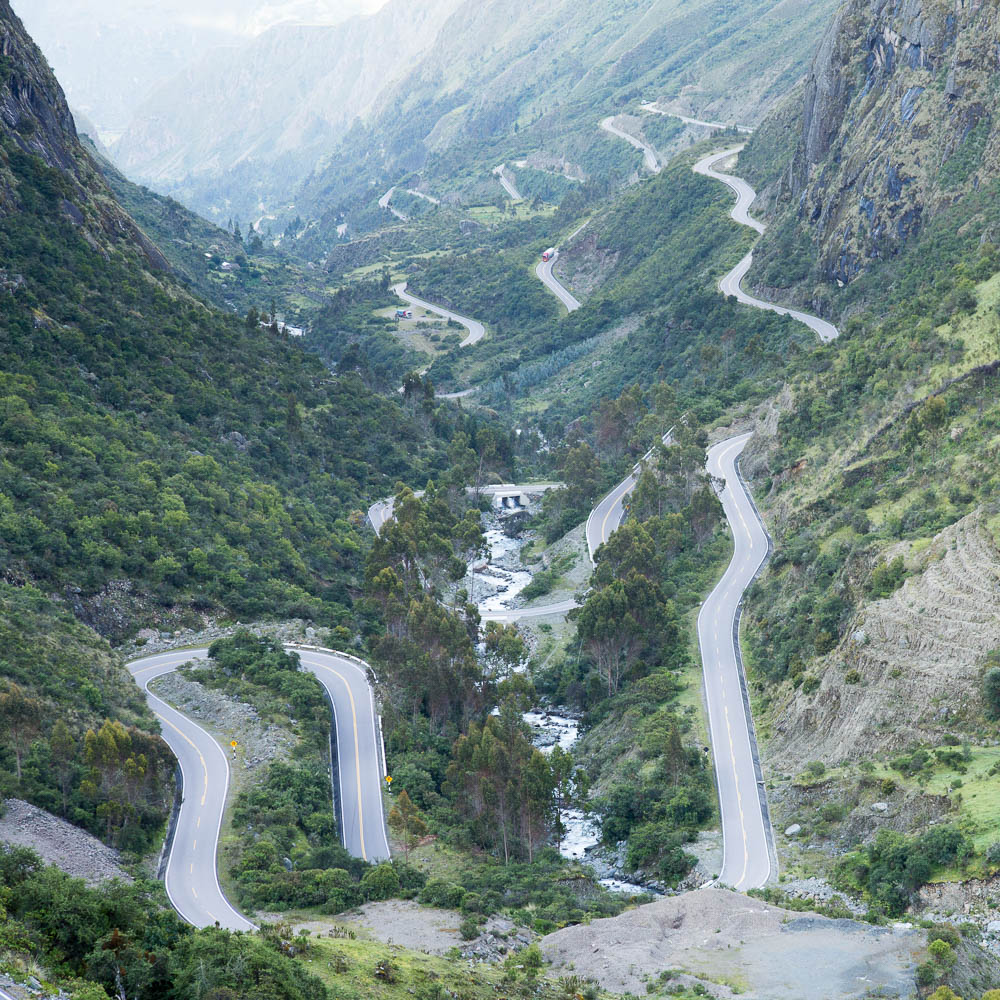 It is empty and open and awash in beautiful early morning light. Time for a portrait shoot. Almost like a plan coming together…

An hour later and the the Cusco loop coaches arrive and around a hundred and fifty people stream into the grounds… as we pack up and head out.

As a final Nelson Tours exclusive we stop to ‘meet local people shucking maize in traditional dress’. Ostensibly to ask directions for Cusco, as we find ourselves up an increasingly narrow and rock stern dirt track that our satnav has suggested is the quickest way to a camp ground. 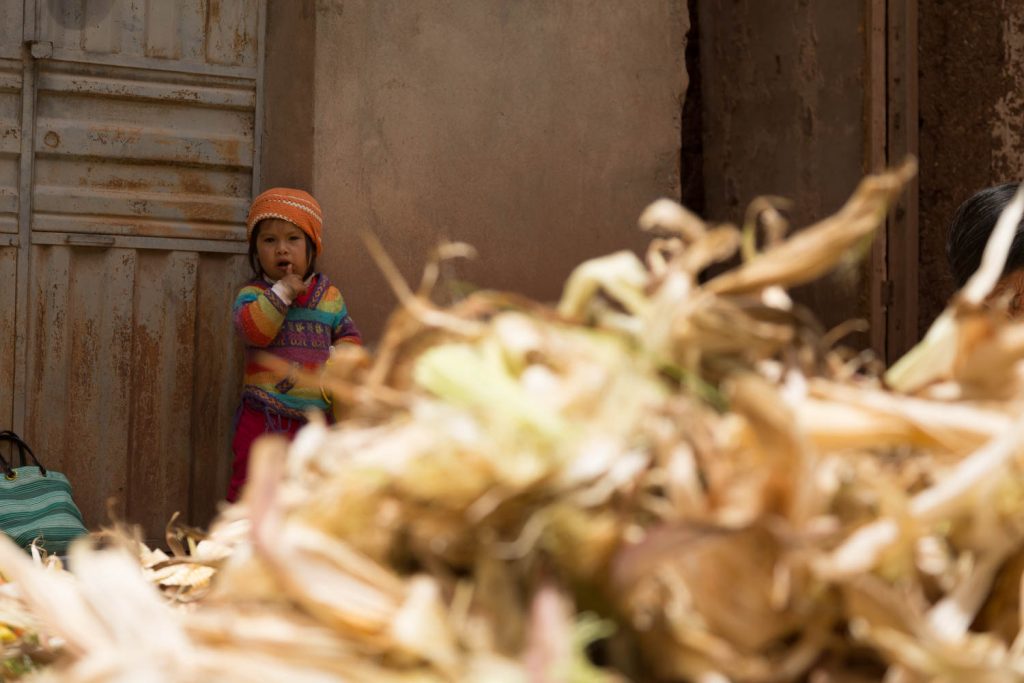 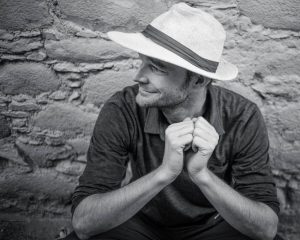 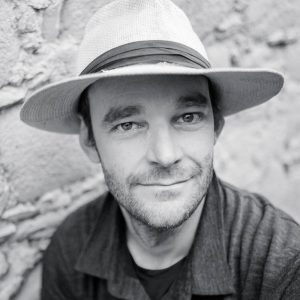 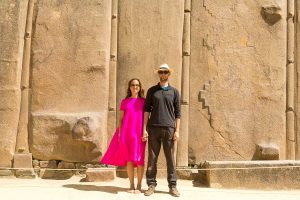 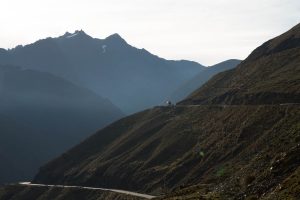 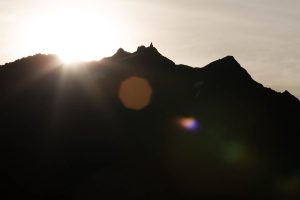 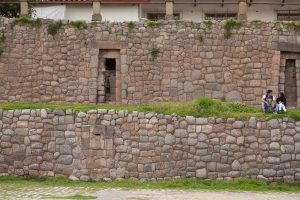 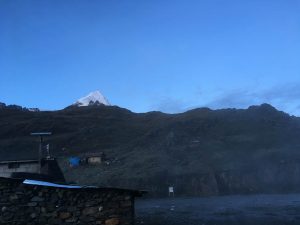 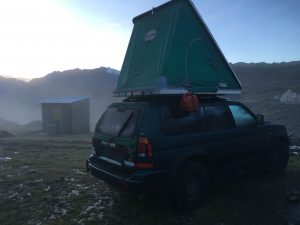 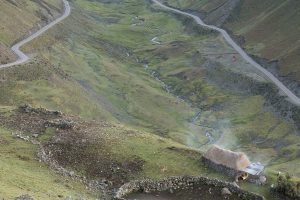 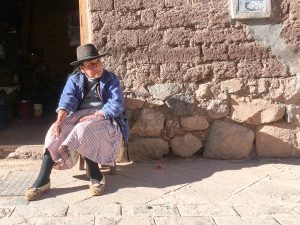 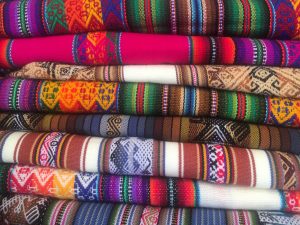 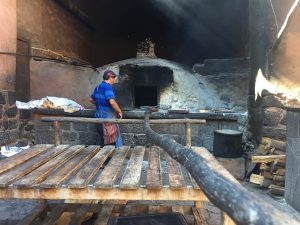 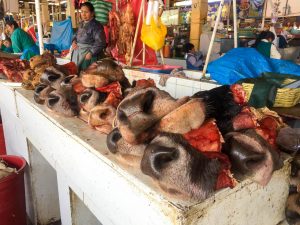 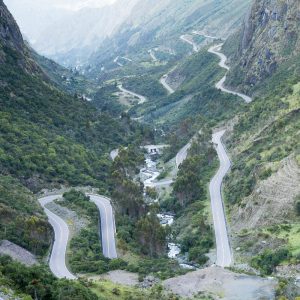 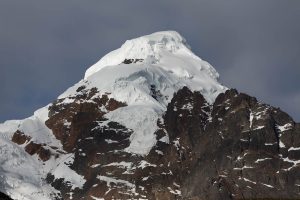 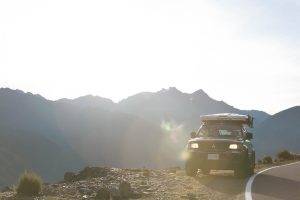 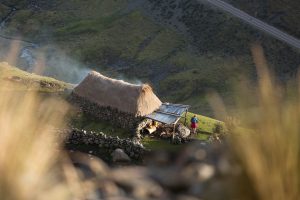 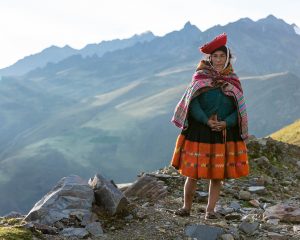 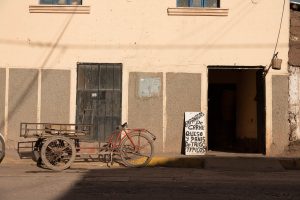 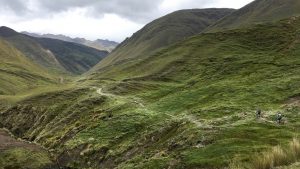 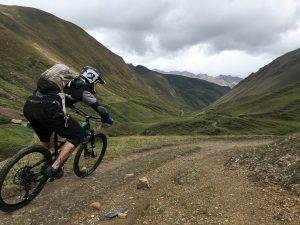 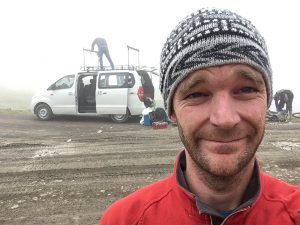 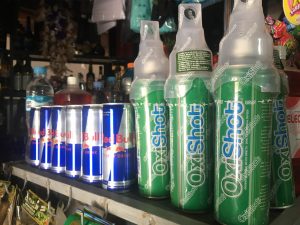 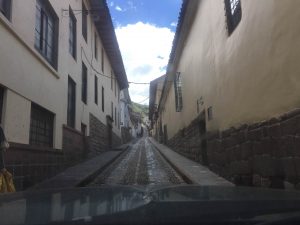 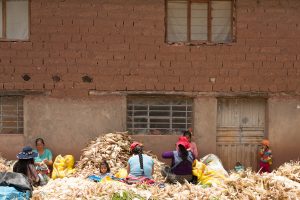 *when wild camping and they keep me awake

One Reply to “The Sacred Valley – a Nelson Tours ™ experience”