In which we take up an unexpected offer…

A man in a yellow football shirt, jeans and sandals is standing in front of us. He is holding a black bin liner, which, given the shape of its sag clearly contains a large fish.

We are not in a fish mongers, nor by the docks. In fact we are outside a repurposed single coach from around 1975, parked, or possibly left, on what passes as the main street in a small coastal town called Chaiten, in northern Patagonia. The bus is now a cafe, of sorts, selling German cakes, obviously.

The German proprietress and her Chilean partner moved here in 2014 leaving their city lifestyle behind for a tourist spot half way down the Ruta 7. Hectic in peak season, a few locals for coffee and cake during the winter. In the two years since moving here they have established themselves as part of the community, set up as a agency (http://www.natour.cl/chile/) to pass tourists down the food chain to various outfits catering to aspirational horseback riding / kayak touring / dolphin watching tourists. Fair play, takes a lot of passion and perseverance to make it in such a small town.

And of course they have also established a group of friends, mainly young, mainly from out of town as well. Hence the offer of a salmon. We’d spent the morning chatting to the two of them and when their salmon proffering friend strolled up with a catch (or possibly five finger discount from the fishery on the edge of town) we were included in the offer.

“There is only two of us, we’ve no ridge” says Daphne. Ever practical

“Yeh go on, cut us in, we can have sashimi for lunch, grilled filets for tea” says I.

We pulled out of Chaiten happy with our first dip into Patagonia proper. We’d spent time by the lakes, hiked a mountain, admired the Valdivian forests, and now had fresh produce to ‘deal’ with later.

That night, luck and fortune smiled at us as we found an out of season camp spot, lakeside with BBQ pit and table. So, naturally we spent the evening playing cameras and shooting the preparation of the best meal we’ve had so far.

As it turns out I met the yellow shirted man again that afternoon. Beer in hand shouting encouragement at two kids on horseback ushering a small cow back and forth in laps before an appreciative and increasingly drunk crowd. We’d rolled in Chaiten’s annual rodeo…. 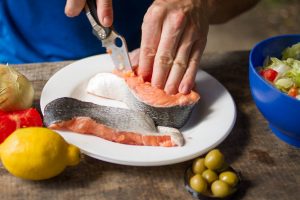 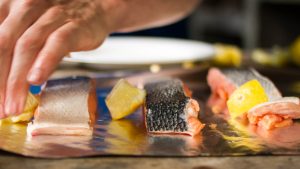 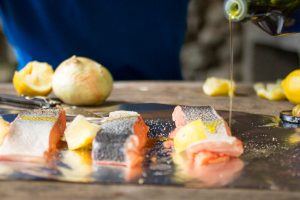 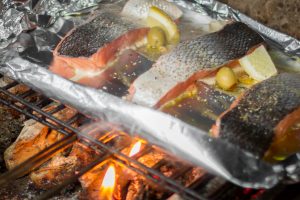 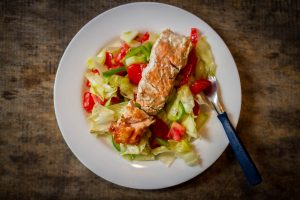 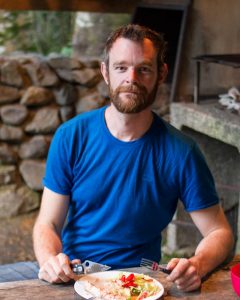