First and foremost a huge thank you to everyone who has texted, emailed and called us since news broke of the stolen passport. Your love and kind words kept me going and, to be honest, brought me to tears.

We arrived in Buenos Aires around 8pm on Sunday night, hungry and very tired. We checked into the studio which we hastily booked a couple of days ago in between cancelling bank cards (Andy) and talking loudly in Greek on the phone amidst tears (me). Turns out, this is probably the most inspired hotel booking I’ve ever made. The “studio” is huge, modern, in the trendy part of town, surrounded by shops, with a rooftop pool and a BBQ, a sauna and 20′ walk from the Greek embassy. Oh and it’s got secure parking for Gellan. Result.
The next morning I call my mum who has already visited the passport office in Greece and she gives me a detailed list of things I need from the embassy (a declaration that the passport is stolen so that it’s no longer valid and a confirmation that an investigation has taken place but has yielded no result). I don’t know how she’s managed it but there’s a glimmer of hope for a solution that does not require us to hastily head back to Europe.

After a cooked breakfast we set off to get passport pictures and then find the Greek Embassy for our 1pm appointment. The manager at our little studio hotel recommended a place 20′ drive from the apartment which prints photos for EU passports (obviously, Argentinian passport pics have their own unique dimensions). The place is tiny, crammed with photo frames and manned by an old Chinese lady who seems to be bossing everyone else around in a weird mixture of Spanish and Mandarin. She makes me stand in front of a white wall and spends 5′ fussing with my hair – she clearly does not like wavy hair. Once pictures are taken she and her son (I think) spend a good 10 minutes photoshopping the pictures. By now it’s 12pm and I am getting anxious as we need to drive back to hotel, drop the car and walk to the embassy. They take another 5′ photoshopping my picture and yet when I finally get hold of them I look like someone who has not slept well or conditioned & moisturised  her hair recently. How bad do I really look?

Photos and one travel adaptor in hand (all adaptors were stolen as well) I rush back to the car. We wiz through traffic, make it back to hotel and park the car. As I open the door to the car I feel I might faint. It’s 35 degrees and unbearably humid in BA. To make matters worse, I am wearing corduroy trousers. It’s now 12.35 and there’s really no time to review the days sartorial choices. So off we go on a 20′ walk in what feels like a furnace.

At 1pm we are in front of the Greek consulate ringing the bell. The serum, face cream and sunblock I put on my face this morning is now dripping down my face. Why on earth would anyone want to help me or admit to any association with me in this state? The gardner who’s trimming the roses looks at us and comes over. He asks what we want and in very bad Spanish I explain that we have an appointment for a passport.

“No” he says. “Blah blah blah”. Turns out  we should go to the embassy which is three blocks down.

Fuck. Now we have to run.

At 1.10pm we ring the bell at the Embassy. I now look like I’ve just come out of a pool. Andy, ever the Englishman, is wearing trousers and a long sleeved shirt and is as cool as a cucumber.

20minute wait and we are finally escorted two floors up for our meeting. The embassy is in an old colonial house and we go up a beautiful wooden spiral staircase. We are greeted by a short man in a tie and a suit who asks us to sit down.

He speaks some English but is really not prepared to indulge Andy so the following two hours we converse almost exclusively in Greek. I have to say it feels good to actually speak it with someone.

I am not going to bore you with the details. Suffice to say it took us two hours to get two pieces of paper. I did not get a confirmation re the investigation as that is still ongoing (it’s only been 5 days). I will get said confirmation in mid Feb when the appropriate time has lapsed. I also got an emergency travel document that confirms my ID and enables me to stay in Argentina till the end of March. The catch is that I am only able to travel back to Athens from Argentina.

However, the good news is that I can get a passport in 5 days. In Athens. Thank you mum for figuring this out! 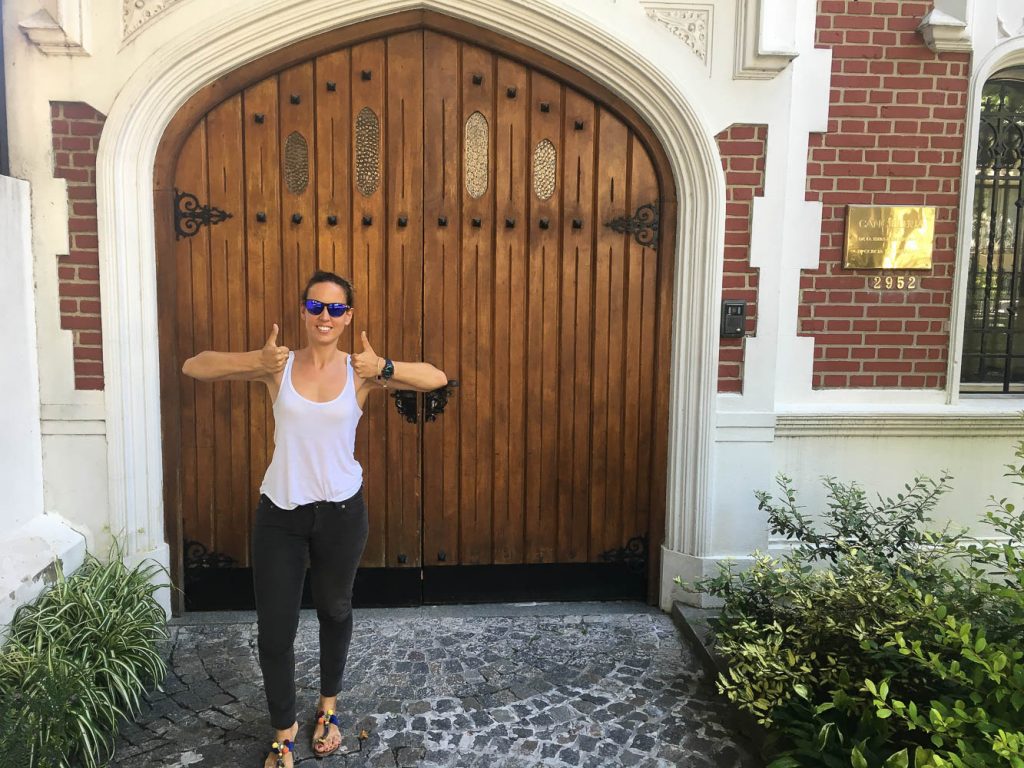 So what’s next? Looks like we’ll be eating steak and drinking wine for another month or so before we take a vacation from each other and I fly back home for a week towards the end of Feb. Most importantly I can now breath a little lighter, walk a bit more briskly and hopefully sleep a lot better.

Thank you all again for the love. Especially my parents who got very panicked calls for me and my bro who’s picked up all passport related docs needed from our flat and sending them to Athens.

But for now, let’s focus on the important stuff. I’ve got a date at the best stake restaurant in town with a hot man, a rare steak and a fruity glass (or two) of red.