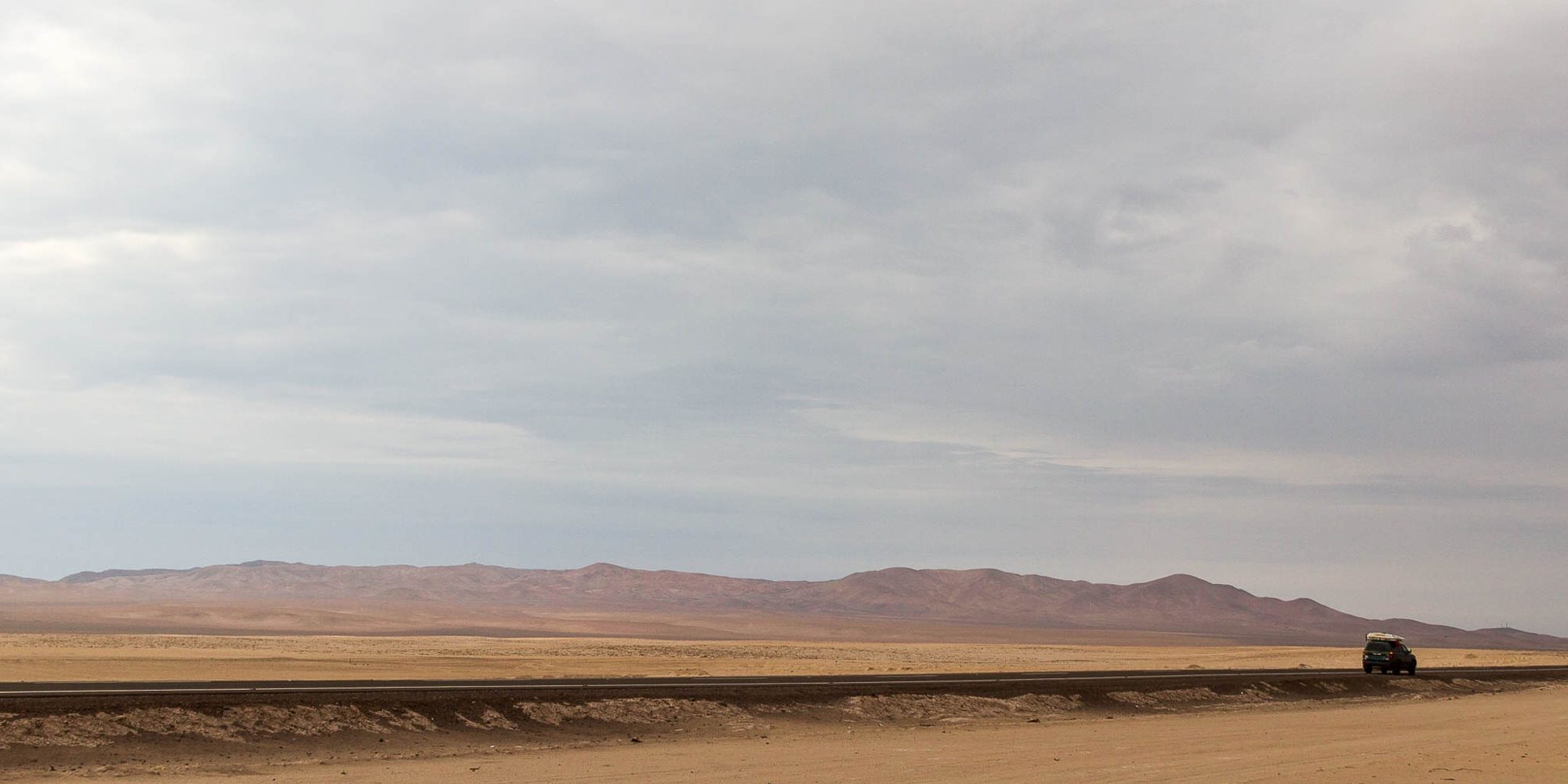 When Daphne’s passport came through, I was happy, relieved and on the wrong side of the Atacama desert. I’d been here because it is a world famous astrophotography location with spectacularly clear and dark skies. Except when it rains.

Rain comes from clouds. Clouds are not good for starry nights. So I waited, and waited. Amusing myself by dropping in and out of various tour group conversations / dinners / drinking sessions.

But three days to be in Arica meant that I had three days of truckin’ to get done. But first a final night of cactus spirit booze, a sour woody colourless liquid from a distinctly non standard issue bottle. I spent the evening lamenting the lack of a Chilean gay scene with a 45 y.o. bachelor tour guide and discussing the monetisation strategies of digitisation for a national newspaper with a former board member. Somewhat more involving than listening to conversations about the price of cocaine and beer at various stops on the principle tourist loop from the 18yo gap year kids the night before.

Any way… time saddle up, churn through the mud-sludge back streets of San Pedro and, leaving the rustic adobe buildings behind, hit the highway.

Podcast hours slide by through barren expanses of muted browns, yellows and reds. Despite evidence of habitation going back eleven thousand years (geoglyphs – arranged rocks to form animals and signs on hillsides), life out here remains bleak. In 9000 B.C. there were areas of forest that nomadic tribes used to scrape a life from. These days humans need an economic incentive to occupy the land in any number. The world’s largest copper mine. Terra forming on a scale I haven’t seen anywhere else (obvs), came with the realisation that everything I could see; the hills, the plain, the horizon to horizon landscape was either workings or tailings from this operation.

Until the creation of synthetic nitrate for fertilisers, the northern section of the desert was also the worlds largest source of nitrate. Mining, processing, and transport infrastructure boomed in the late 1800’s. Then, like a switch, the market was cut off, leaving ghost towns of steam-punk looking plant and residential quirks like theatres and swimming pools in the middle of the dessert. Despite the time pressure, an hour spent poking a lens and filling a memory card was an interesting break in an otherwise ten hour drive. 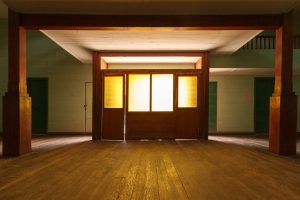 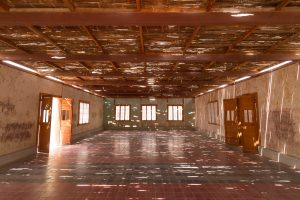 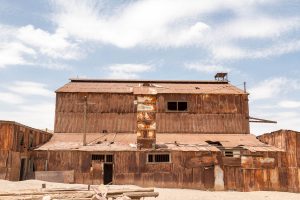 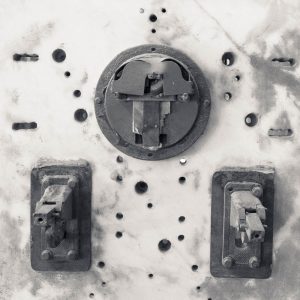 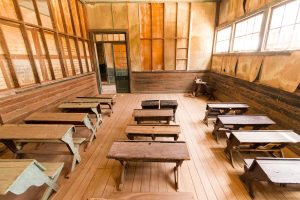 The final day’s drive was typified by; the decline of the roman republic (13 hour podcast series) – interesting, flat out cruising – monotonous, the loss of the external gas bottle at 110 – alarming, and the absolutely empty desert – unsettling. The driest desert in the world, in fact the driest place in the world outside of Antarctica, not a hint of thorn bush, rustle of brown grass or even a lone cactus was visible. A seeming void. The chasing spirals of dust devils were the only movement.

And then, over a few kilometres, a gradual increase in roadside trash, building to a loose stockade of plyboard, road signs and truck tyres. A collection of the road death relics inside. Decades of traffic accident wrecks dragged to a central point to accumulate dust. A cinderblock hut with hand painted sign informing me that they sell coca-cola, empanadas and water.  A comms tower, a gathering of workmen with their distinctive red hi-lux, and five long distance trucks parked like herd animals sleep. All done in the blink of an eye at cruise controlled 110, followed by the kilometres of receding roadside trash and an hour’s wait till the next one.

Coming off the plains to the ocean was an 18km grade down the escarpment. Easy/lazy reference to moon-like or mars-like landscape.

Only a Mars dotted with green oasis towns, scattered down the long valley to the coast.

Arriving from the East, Arica presents a few kilometres of shanty, then the standard re-bar and concrete half-hovels, single storey cinderblock homes and then residential districts proper. After a week or two of solitude and small towns, the heaving mass of humanity oozing amongst the market streets was an unpleasant sight. Having cruised the length of the city I followed the coast road scouting for surf breaks and spent the night north of town with the crash of the dumping shore break throwing up a salty, all encompassing mist.

I’d managed to get there ahead of Daphne, with a morning spare. So I cleaned the van, brushed my teeth and went to the airport….